The crystal clear water of the valleys

The crystal clear water of the valleys

Tamara is name of the water streaming out of the Malësi e Madhe Mountains and directly filtrated by nature.

Vatra Agency was the agency selected to create the logo and all the elements of the water brand’s range.  Vatra’s staff, which is well-known for its originality, creativity and seriousness conducted an in-depth research process which resulted in some very original ideas.

To create the visual elements of Tamara water we were inspired by the area from where the crystal clear water stems. The symbol used in the logo is a recreation of an image that was found in the illustrations on the belt of the traditional costume of Malësia e Madhe, called xhubleta. What is special about this project is the product design, meaning that the shape of the bottle emulates the lines of the xhubleta. Nothing was left to chance with this brand. The use of motifs from traditional clothing was extended to the labels and packaging.

All these elements make the branding concept unique, meaningful and very elegant. 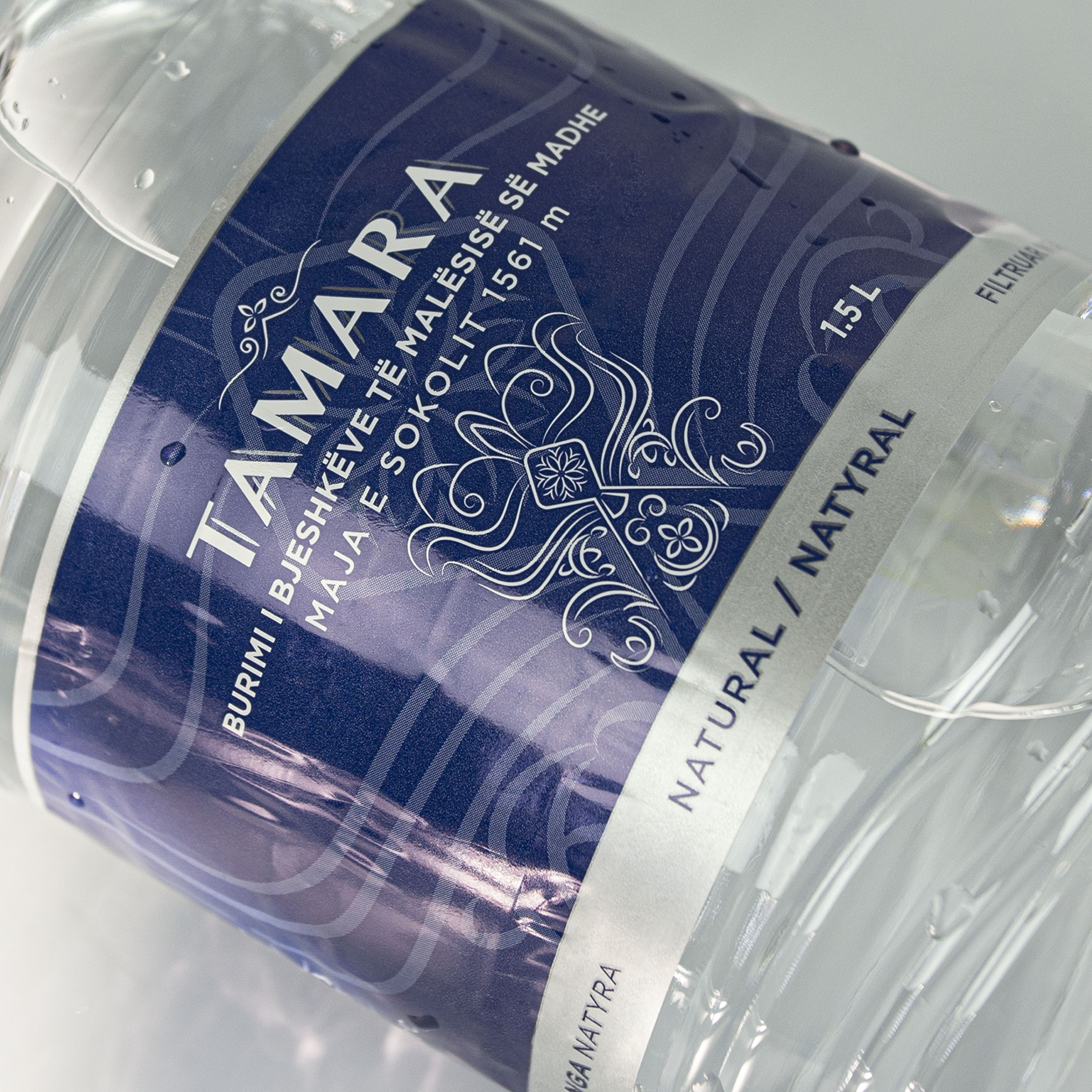 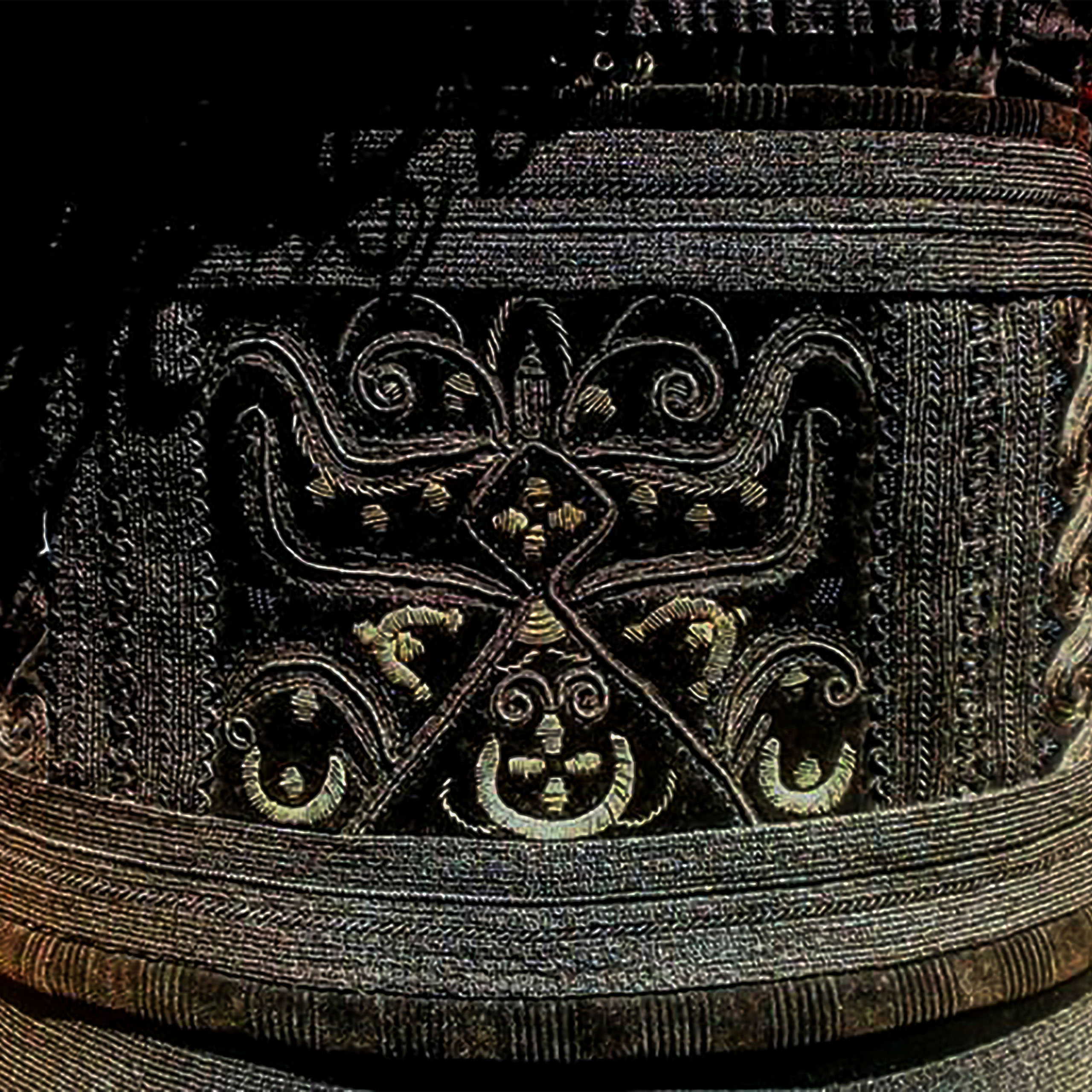 ”On behalf of Tamara, I am very glad to give my best recommendation for Vatra Agency. With their professionalism, intuit, originality, and dedication, they created one of the best Albanian brands of bottled water. "Tamara” is a unique and beautiful brand due to the talent, branding strategies and hard work of Vatra’s team. They provided a very high-quality work and are a pleasure to work with. We will definitely collaborate with them again in the future. 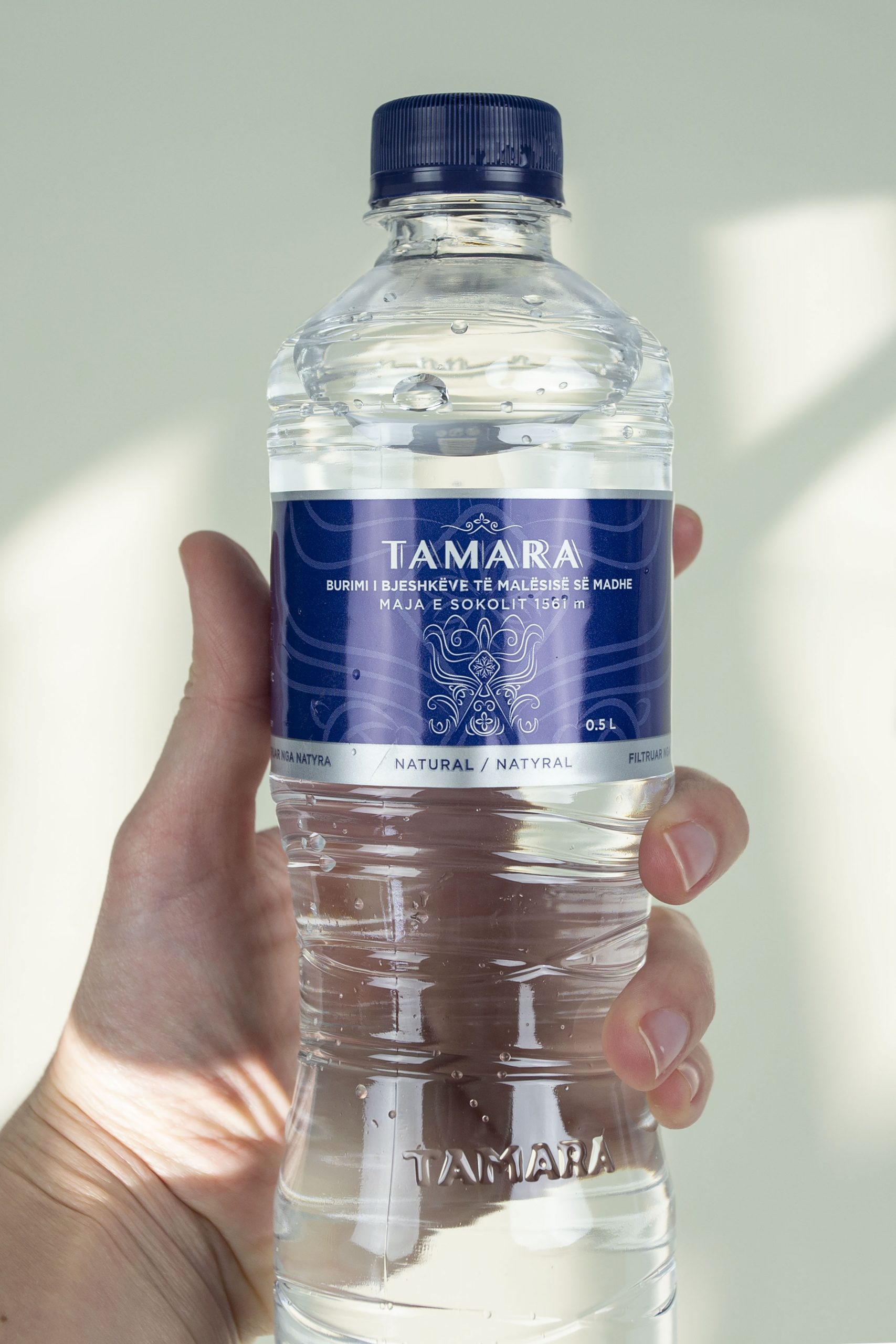 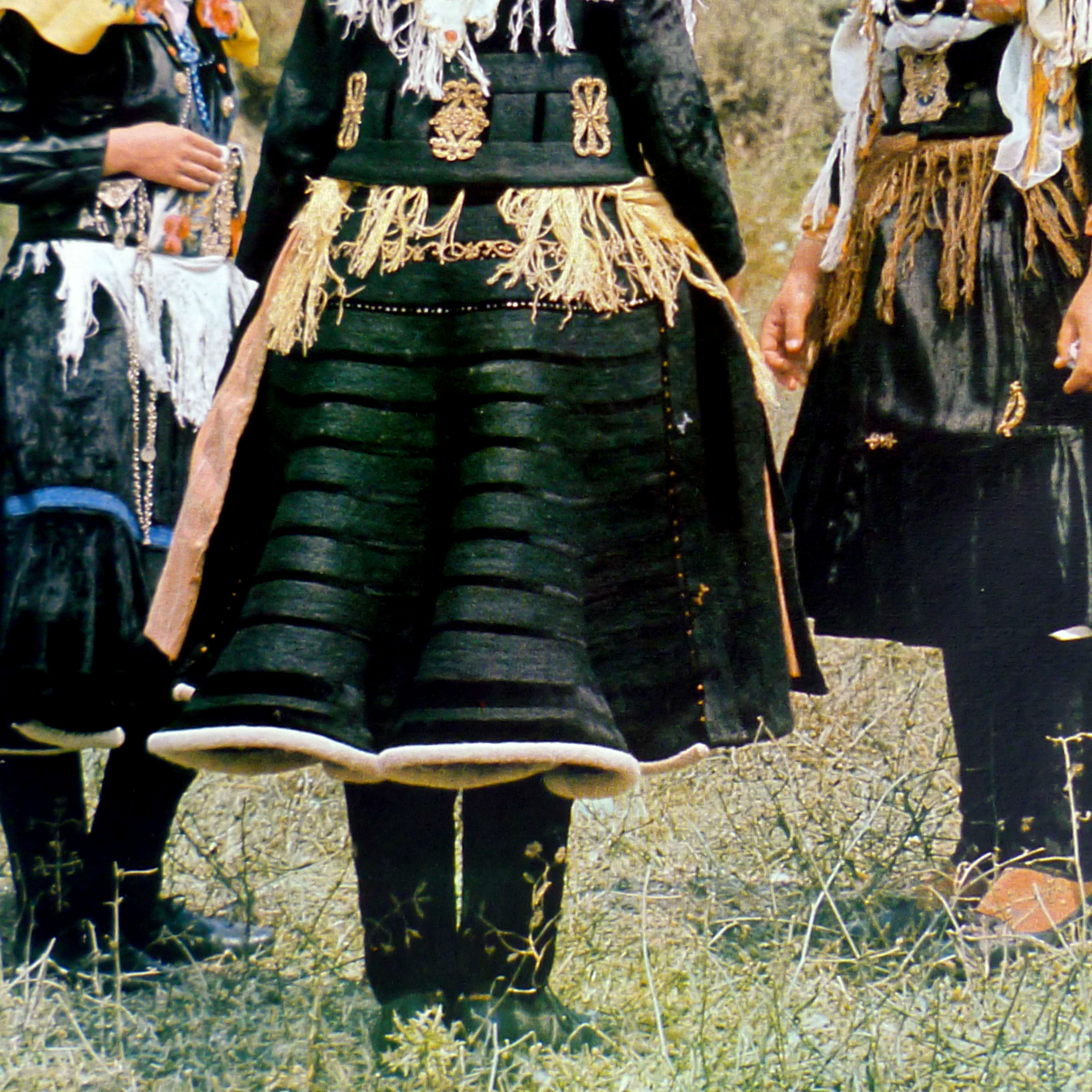 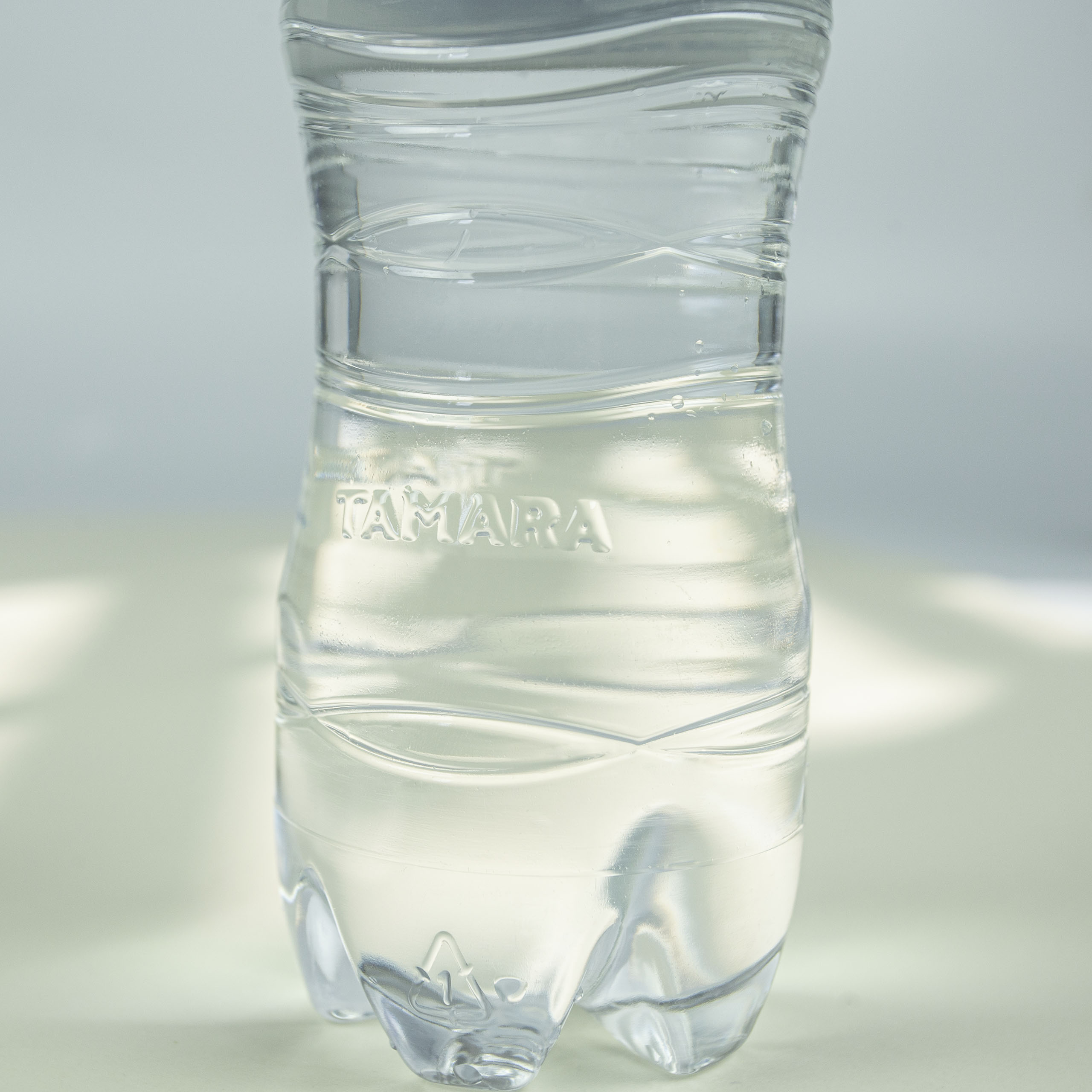 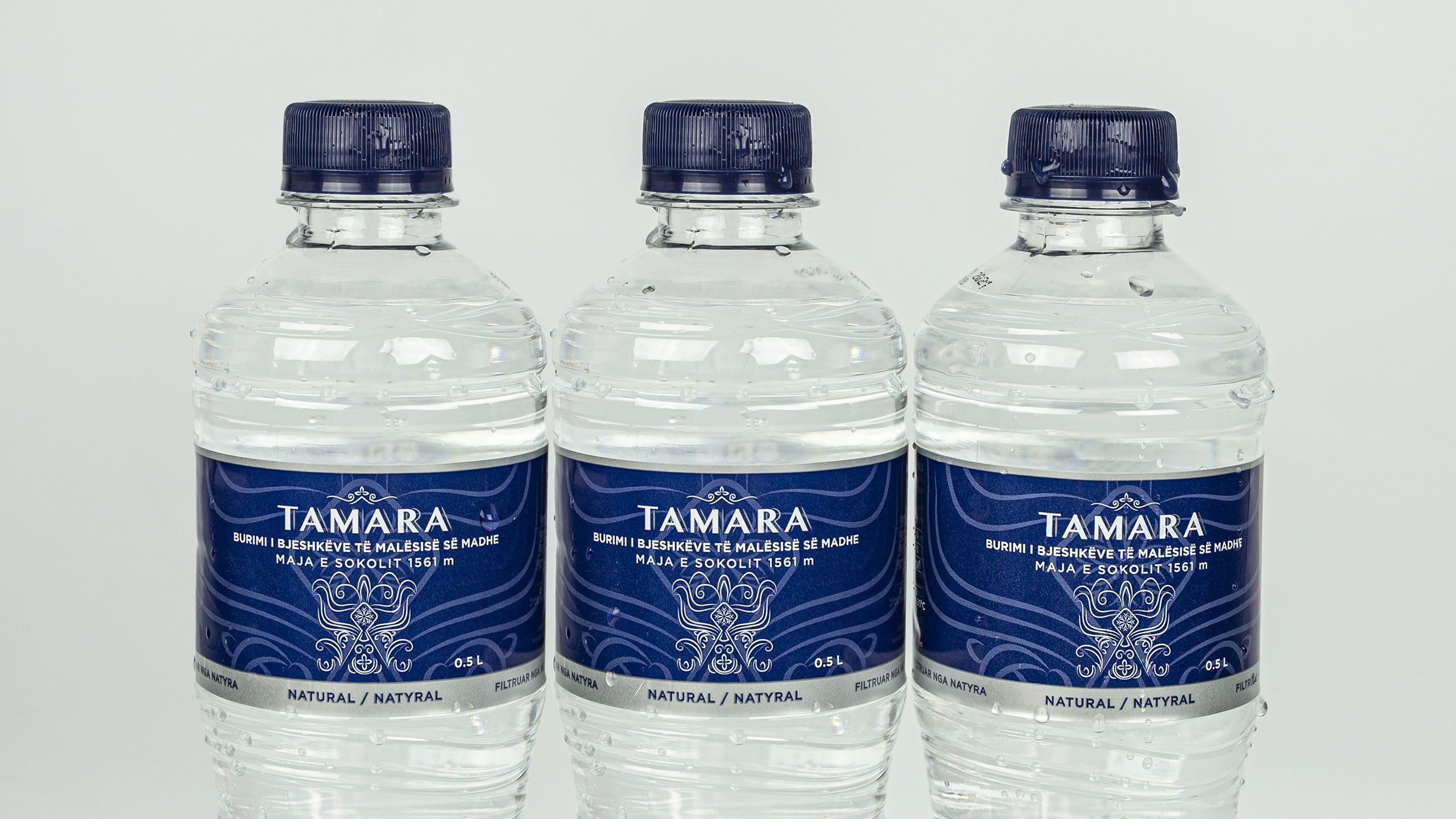 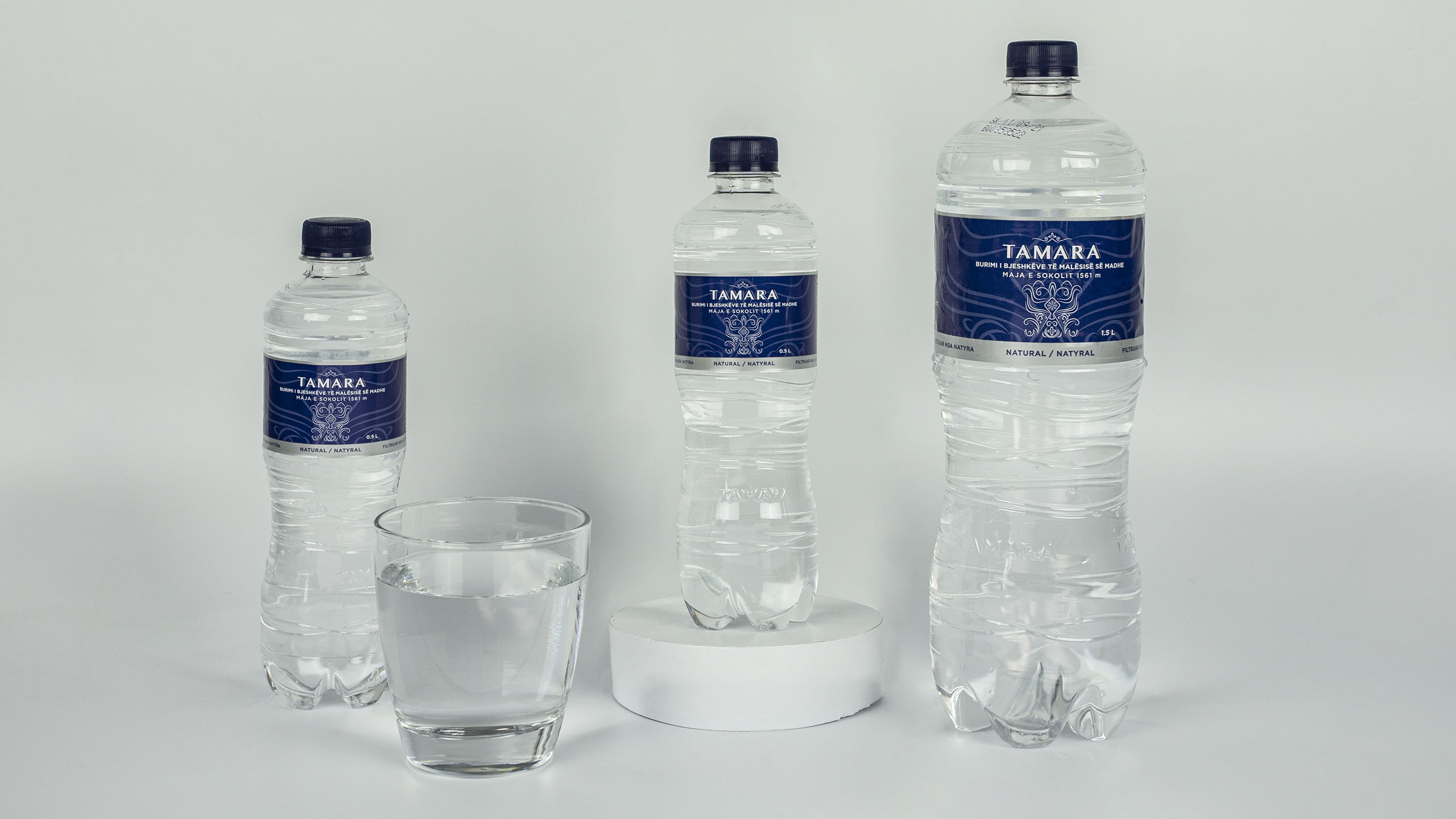