The Albanian Development Fund (ADF/FSHZH) is a public agency whose mission is to encourage sustainable, balanced, and cohesive socio-economic development through credit systems at the local and regional level. The ADF was established in 1993, based on an agreement between the Albanian government and The World Bank Group.

Vatra was entrusted by the board of members to redesign the institution’s identity to represent a strong and professional institution. Vatra’s challenge was to achieve an integrated image for the institution, its activities, and achievements through design.

In order to recreate the identity, Vatra started conceptualizing and studying the first references for the project. The project’s keyword is development, which refers to balance, promise, improvement, evolution, progress, and practicality. The maple leaf triggered our imagination as a symbol that integrates all of these features; thus we chose it as the symbol of the institution. The symbol is embedded in a rounded rectangular shape cropping it and standing above the lettering. A full package of creative services was provided and an advertising TVC was realized through motion graphics combining music, typeface, and graphics. For their new TVC campaign, Vatra created a conceptual TVC representing the institution’s activity and their concrete obligation to bring life in areas without development. A dried leaf coming alive and turning green represents a new beginning from previously barren areas to blossoming urban and rural development. 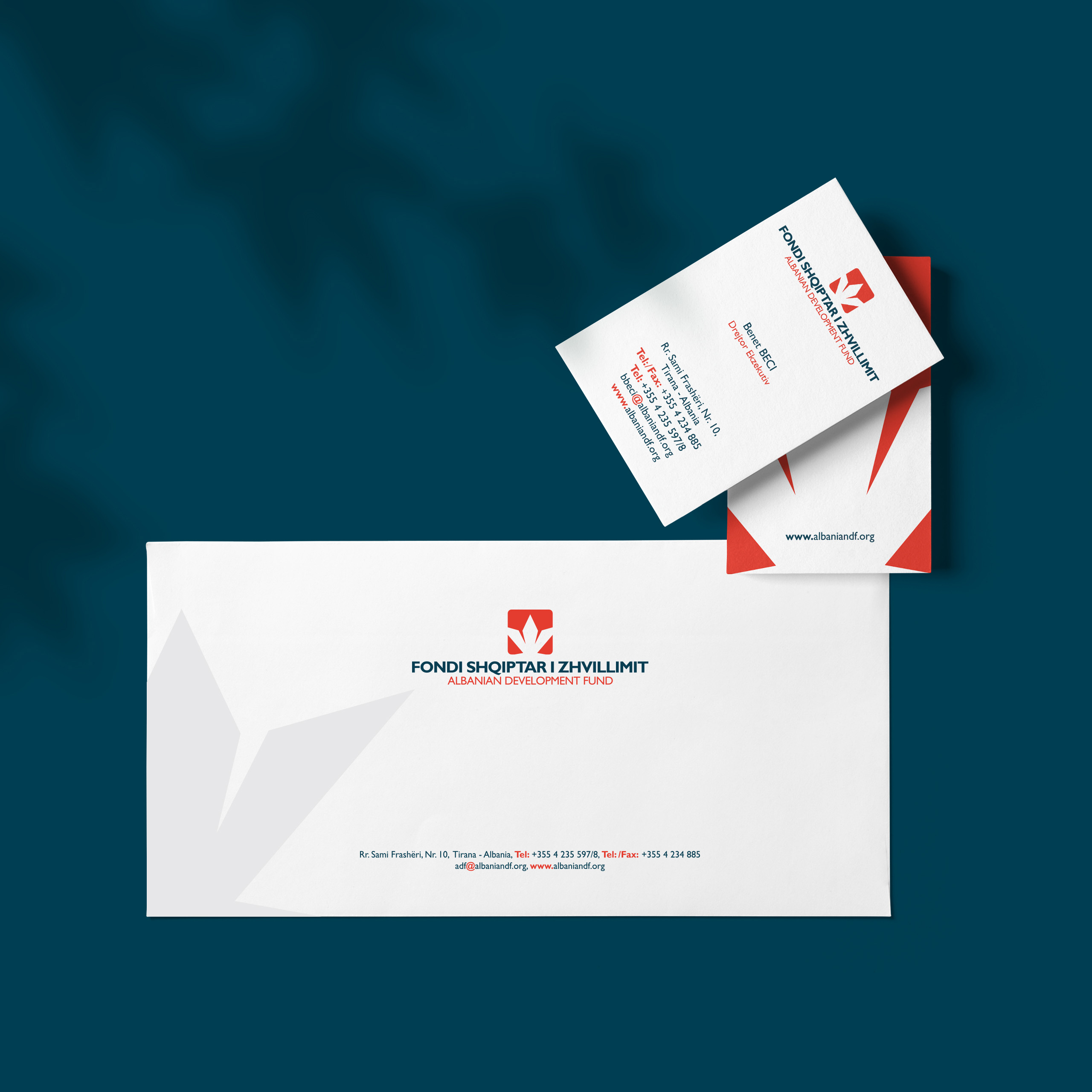 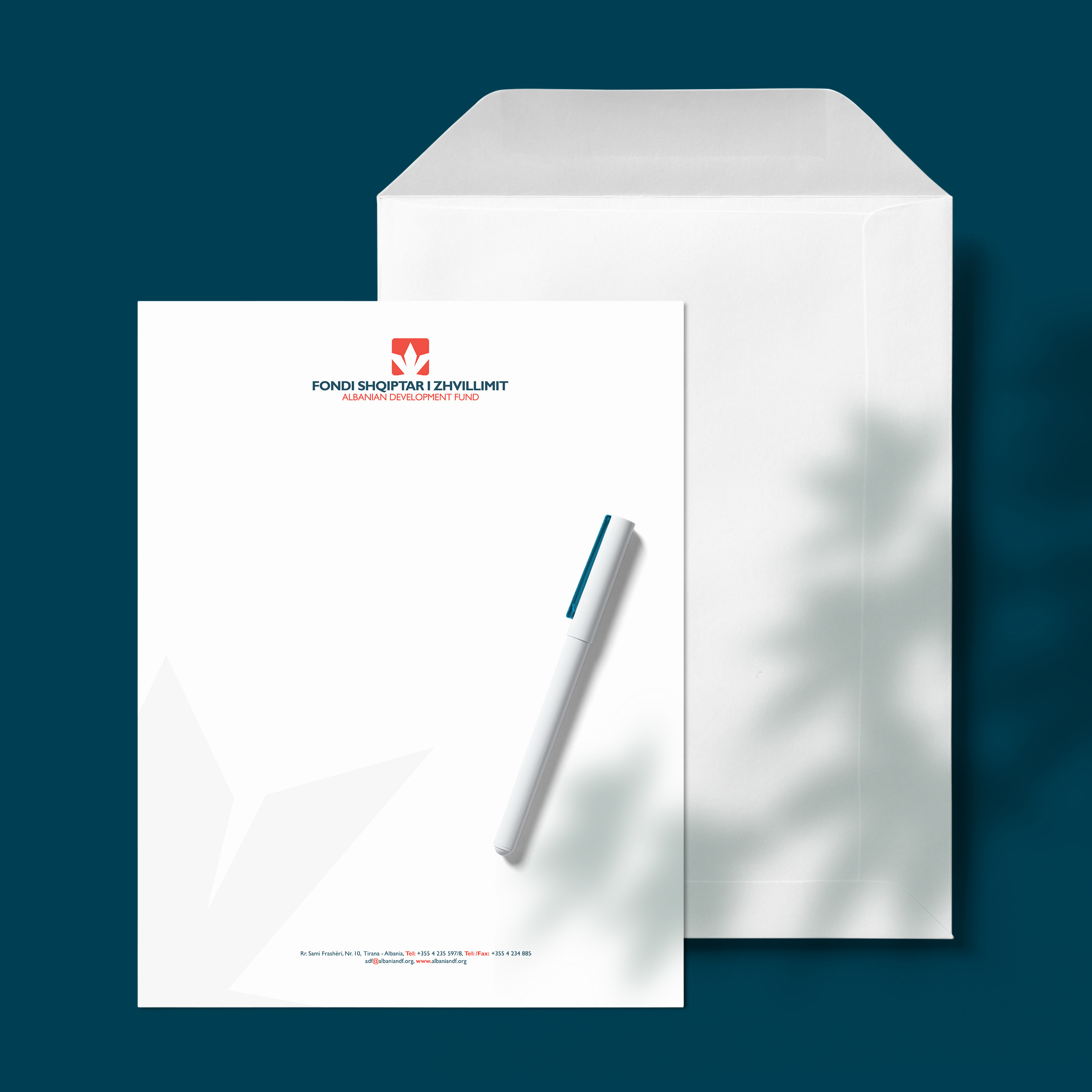 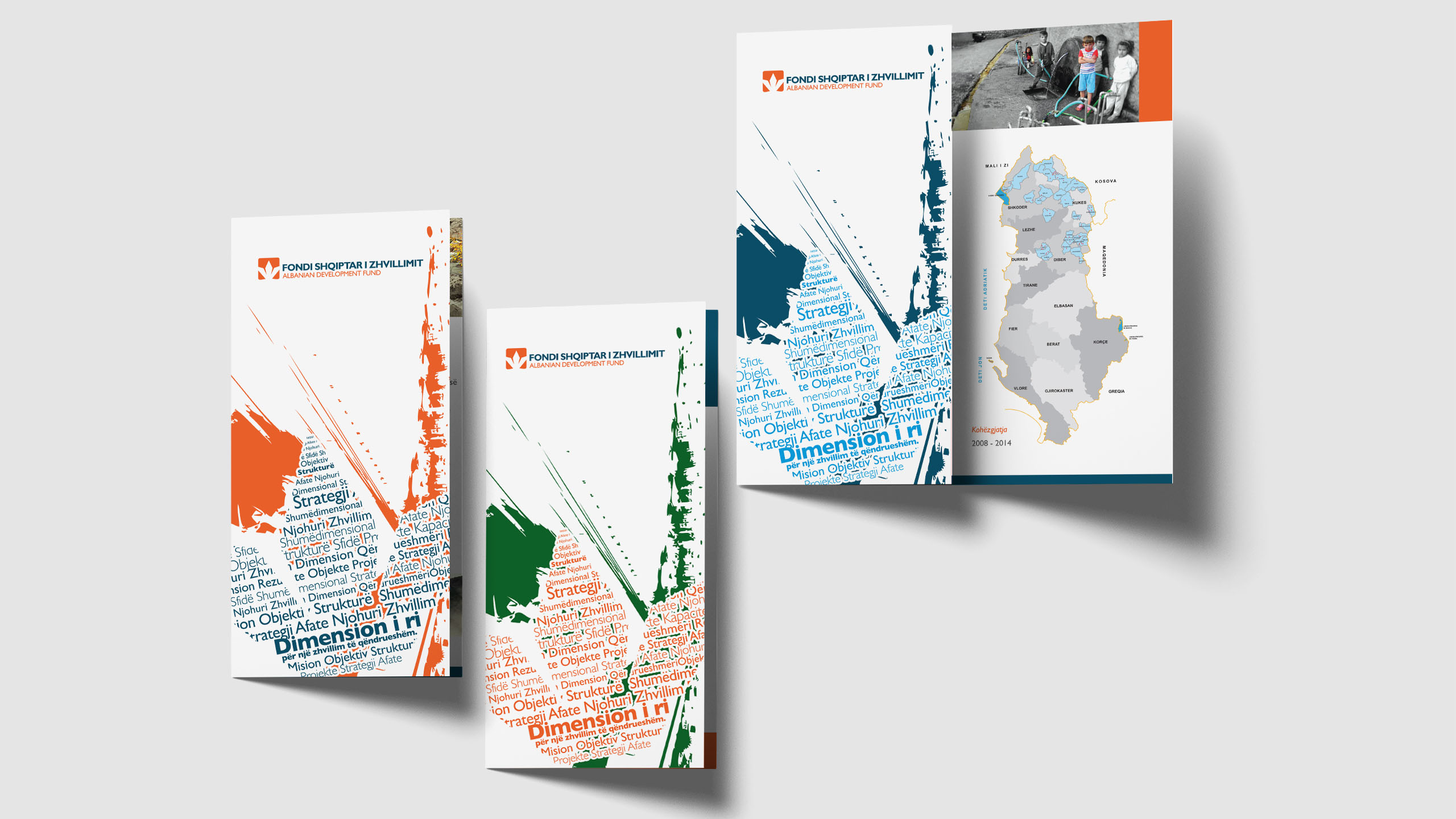 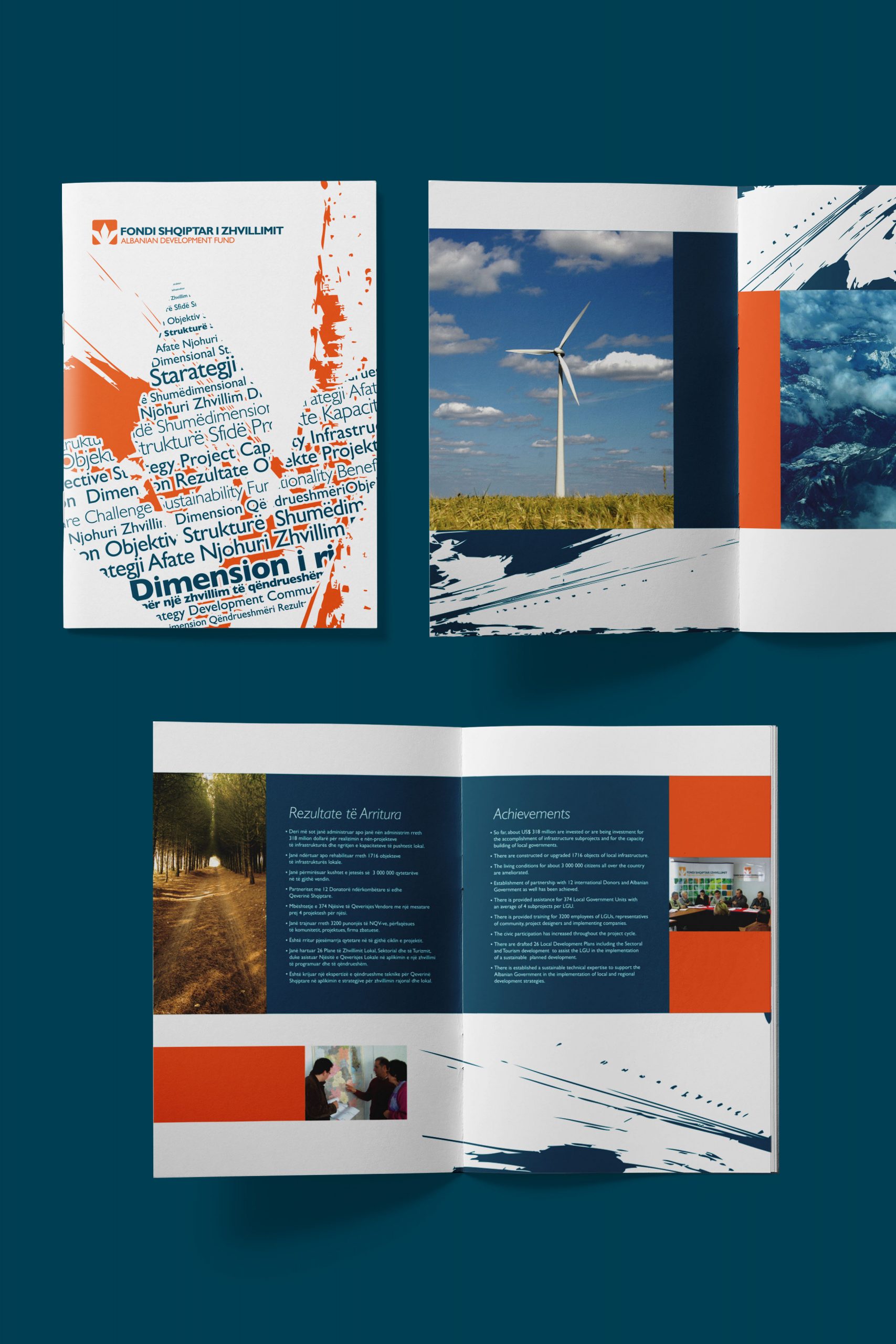 ”The collaboration with Vatra was a positive and fruitful experience. This coincided with the creation of the ADF’s corporate image. With their creativity, Vatra produced for us a fresh and dynamic image, which reflects the motto of our institution. With its professionalism, creativity, experience, and especially its philosophy, Vatra has contributed to enhancing the quality and level of design services in Albania.