Established in 2006, the European University of Tirana (UET) is the fastest-growing private university in Albania, offering undergraduate and graduate programs to Albanian and foreign students. Founded by a group of individual academics, university lecturers, journalists and experienced managers from the public and private higher education sector, UET celebrated its 10th anniversary in 2016. For this important occasion the Board of Directors entrusted Vatra to create a representative anniversary brand identity and an advertising campaign to highlight these 10 years of successful presence in the Albanian society. An anniversary is an important milestone, especially for an educational institution. It is a moment when the company understands that it is the end of a cycle and a new round is beginning in which they can improve. For this our creators conceived this anniversary as a running track; a place where athletes’ after finishing a round try to improve their result with a better one. The philosophy of the anniversary logo suits perfectly the vision of UET. To reinforce this philosophy we created a brand system that will introduce the new logo, alongside with the official identity of UET, for a year in every print material and institutional communication. We created a series of two TVC’s for the occasion. The first one was perceived to convey the philosophy, story and where the institution is headed to, while the second TVC was to reflect what the audience expected from a university, what are their needs and why the European University of Tirana is the place that makes everyone be ready to embrace a new era.

”Working with Vatra is always a challenge. They understand the needs of their client and what is more important they have the capability to translate the need into visual message. If you need professionalism, dedication and creativity, Vatra is the agency to work with. In my personal opinion, they are the best. Thank you. 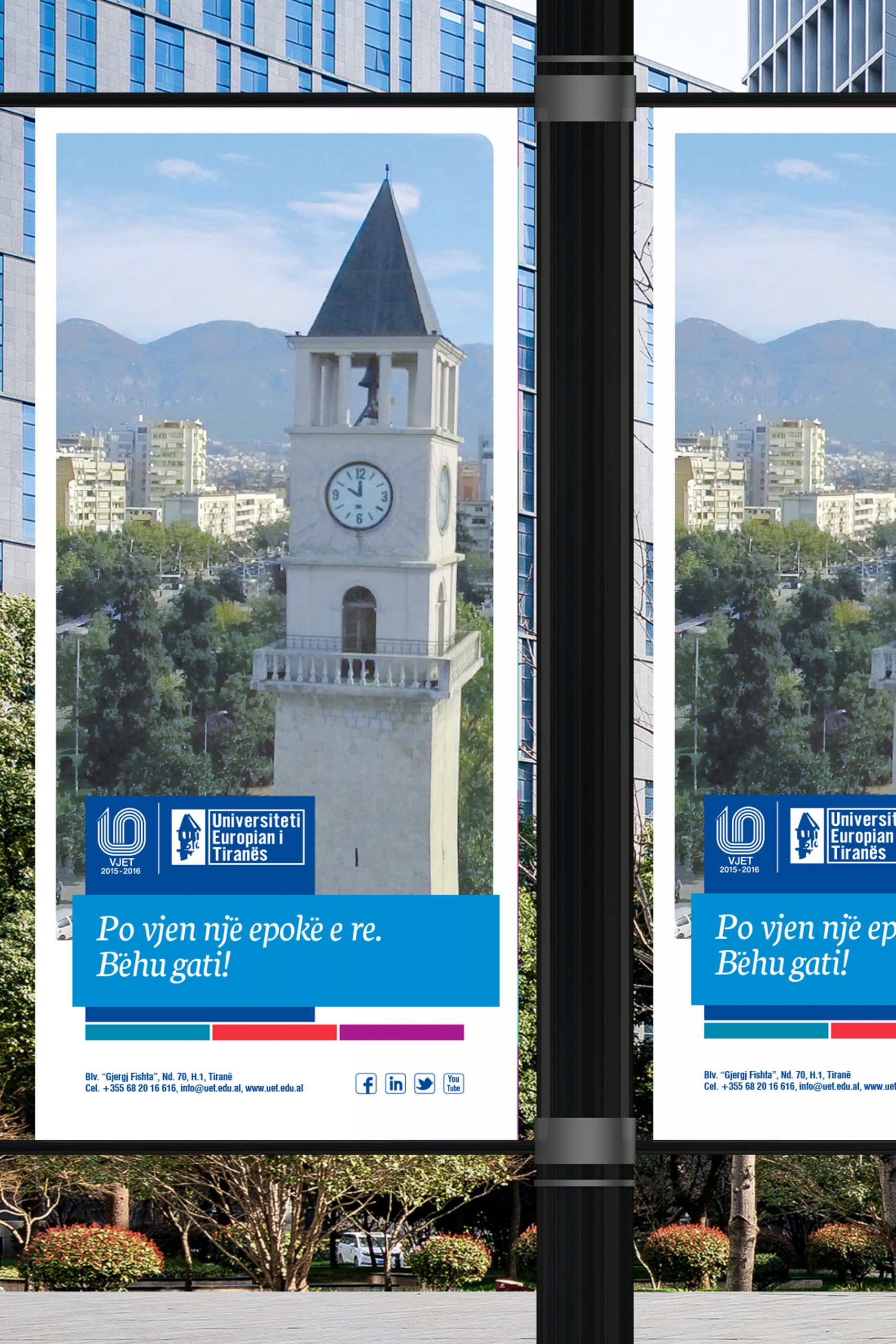 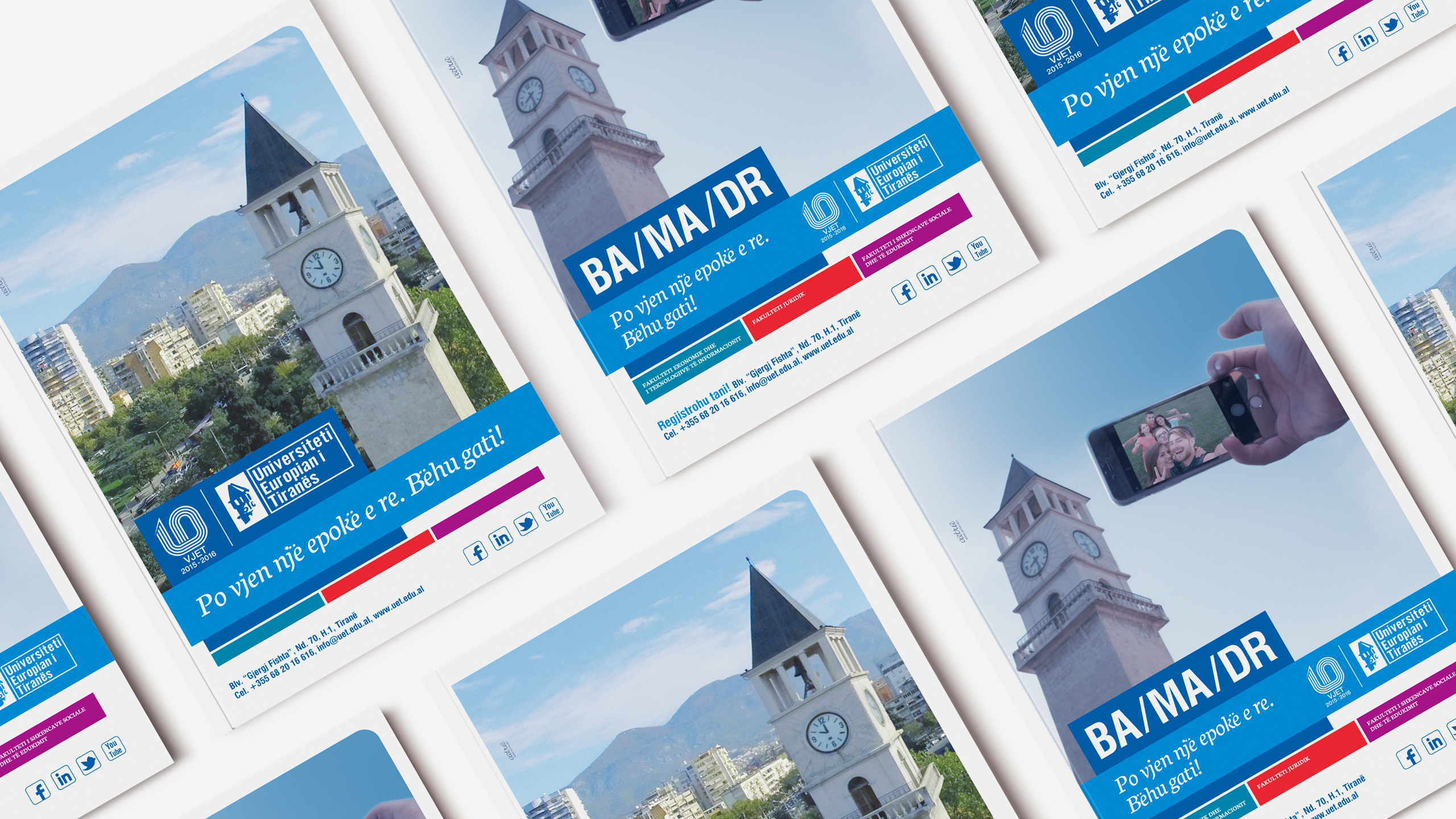 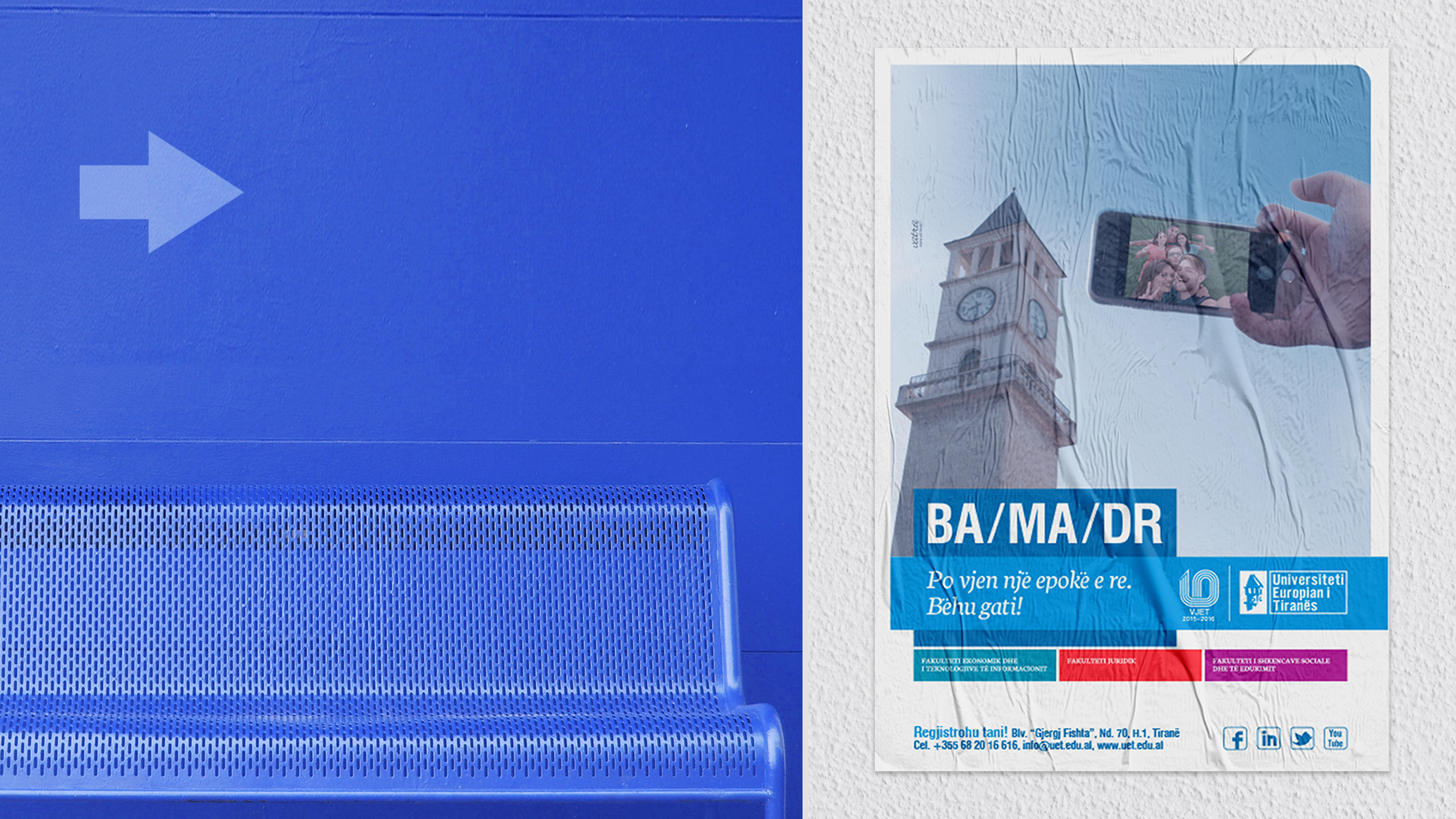