Kalo & Associates appoint Vatra for its identity and corporate products 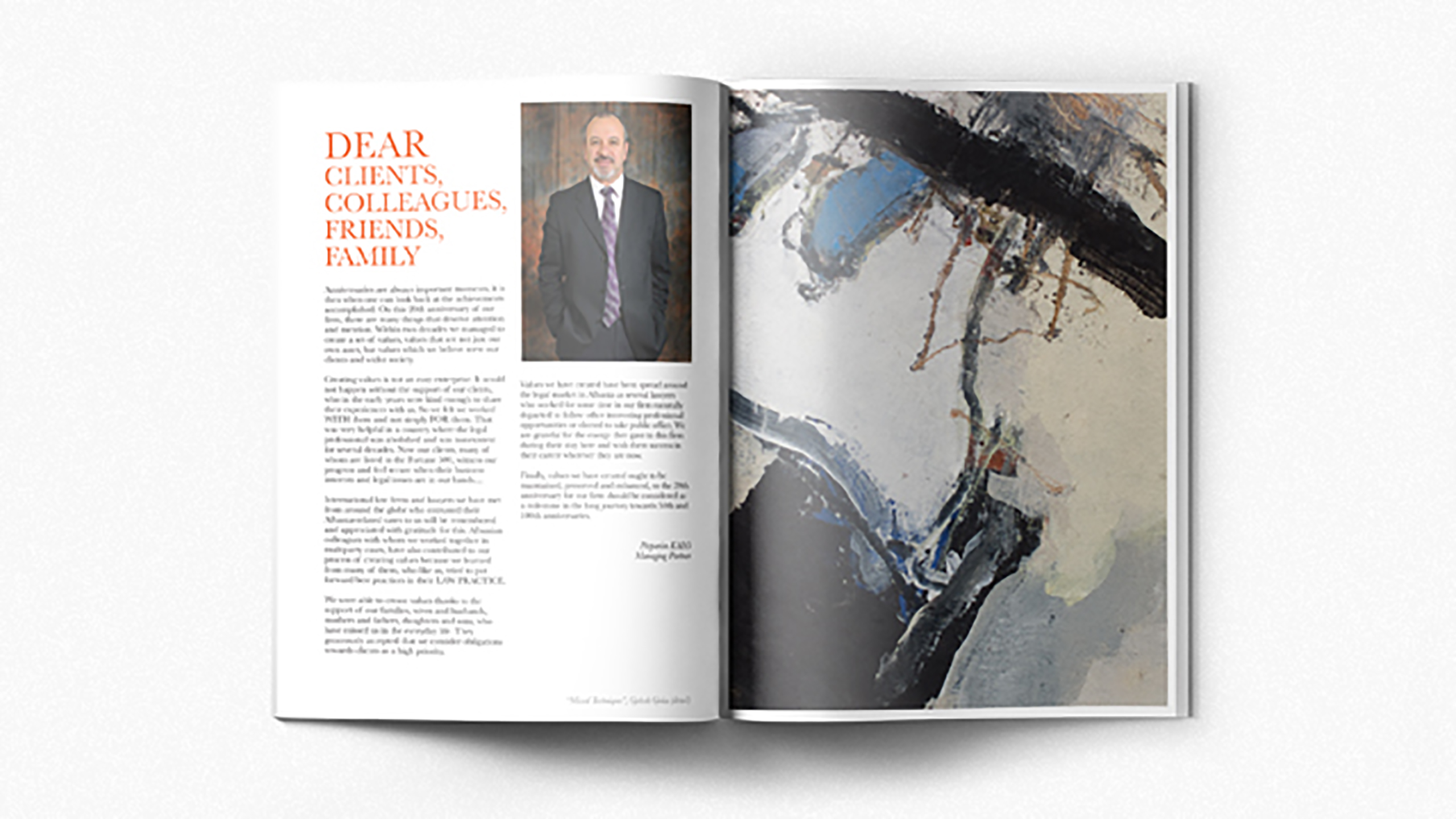 Established in 1994 Kalo & Associates is recognized as a leading law firm in both Albania and Kosovo. The firm provides a broad range of legal services in all core areas of commercial and corporate law for domestic, foreign and multinational companies. It has a sophisticated practice dedicated to providing clients with high-quality, efficient and cost-effective legal services. IFLR1000 describes the firm as having a practice that is consistent with what you would expect from a top Washington law firm. Chambers & Partners quotes a client who has expressed confidence in the firm’s unshakable integrity by stating that: “this thoroughly reputable group always leaves you completely satisfied. The firm has also had long standing experience in the region, being one of the 4 founding members of the reputable South East Europe Legal Group (SEE LEGAL), an alliance of premier national law firms from 12 jurisdictions in South East Europe that provides seamless legal services with a particular focus on cross-border commercial transactions.
Kalo& Associates desired an identity that stands out and differentiates them from the many law firms present in the region. They needed an identity that best represents a practice that is not just better than anything else in legal representation, but something that visually expresses excellence, expertise, dedication, reliability and trustworthiness. The challenge that Vatra faced was to create an identity of international dimensions that could represent Kalo& Associates in the highest levels worldwide. Vatra designed a clean, sharp and modern identity, which reflects the high level services provided from this firm. The symbol we chose represents the tip of a pen to give the idea of motion, a process with a very important outcome, when everything is said and done, Verba Volant, Scripta Manent a Latin expression meaning its black on white or it is written. The pen tip is also merged with the “&” symbol which means that Kalo is not alone rather it’s Kalo & Associates. The type-face it’s clear, sharp and serious in orange color which symbolizes energy.