I am European! Info-events about EU around the country 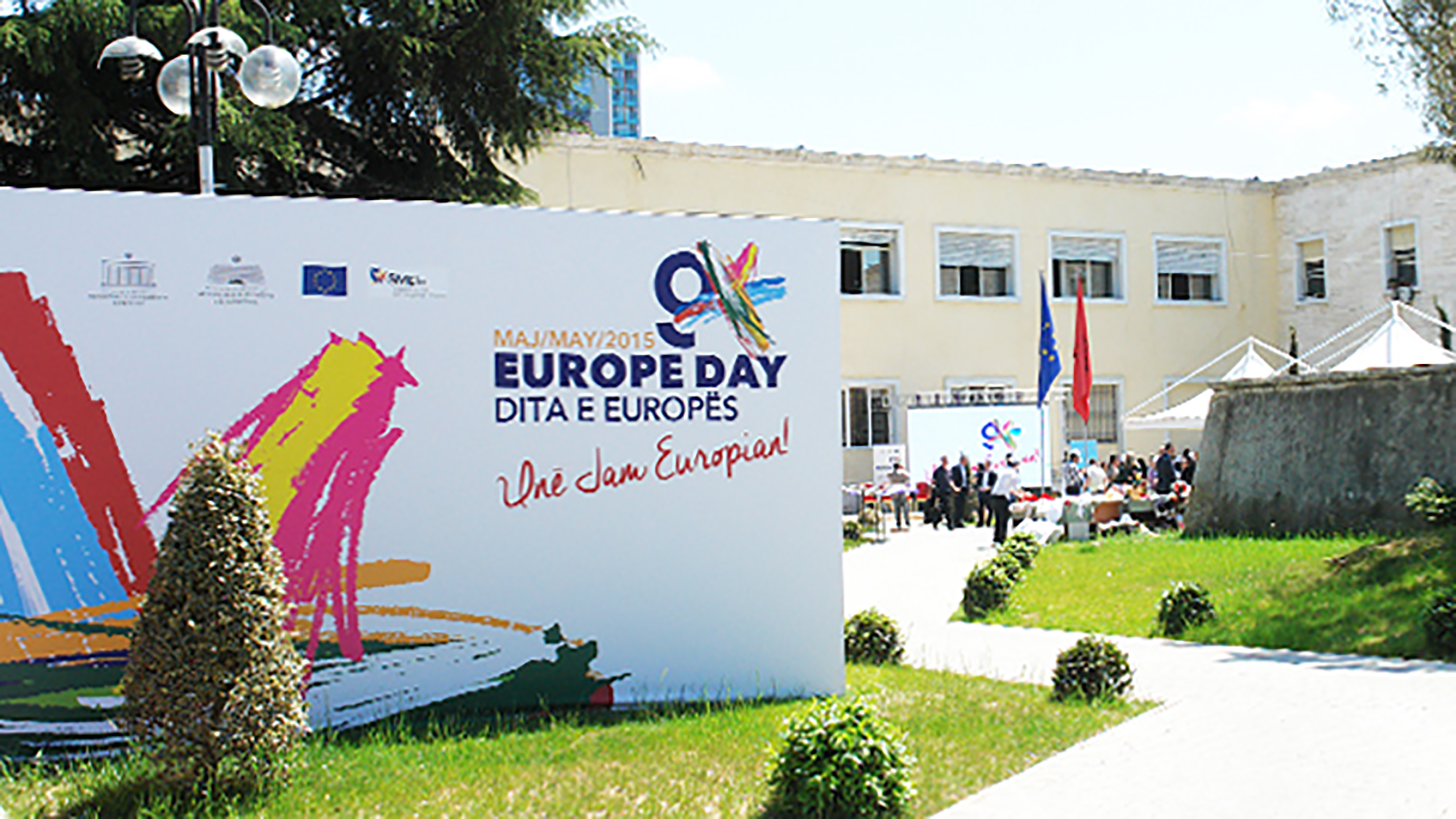 The Ministry of European Integration in cooperation with the Ministry of Foreign Affairs and EU Cooperation in Albania, on the occasion of Europe Day, organized an event with the slogan “I am European”. This event is celebrated in memory of “Schuman Declaration”, the first European Treaty signed by countries that initiated the European Union. The day that this treaty was signed was the 9th of May, 1950, and each year we celebrate this day in all member countries and other countries that have a signed agreement with the EU. The Ministry of European Integration asked Vatra to create an image that could clearly reflect what Europe Day represents by including all the elements that identify this event.
The design of the logo for this event and the execution of an agenda for all what was to happen during the Week of Europe was the challenge that the agency would face in the next months. We started by collecting information about the European institutions and for “Europe Day”. After we organized the agenda with all the events that would be conducted in different cities of Albania, we started to design the logo for the event and the visual support for this occasion. The designing process involved all the staff of Vatra. A strong identity was created, represented in symbols and in the philosophy of European Union.
The colors that we used were in perfect harmony with the message of Europe, “Unity in Diversity”. The slogan “I am European” that we used, emphasized even more the image we created and perfectly conveys the messages of this special day. Our IT team build an web application especially for this occasion and that was an innovation for this event. The European passport that was simulated on-line was a message that immensely increased citizen engagement, especially among the young people. This message that was launched was well received by the institutions involved and the public as well. Execution of events as planned in different cities of Albania were strongly supported by a perfect arranged table where all European culinary traditions were represented.