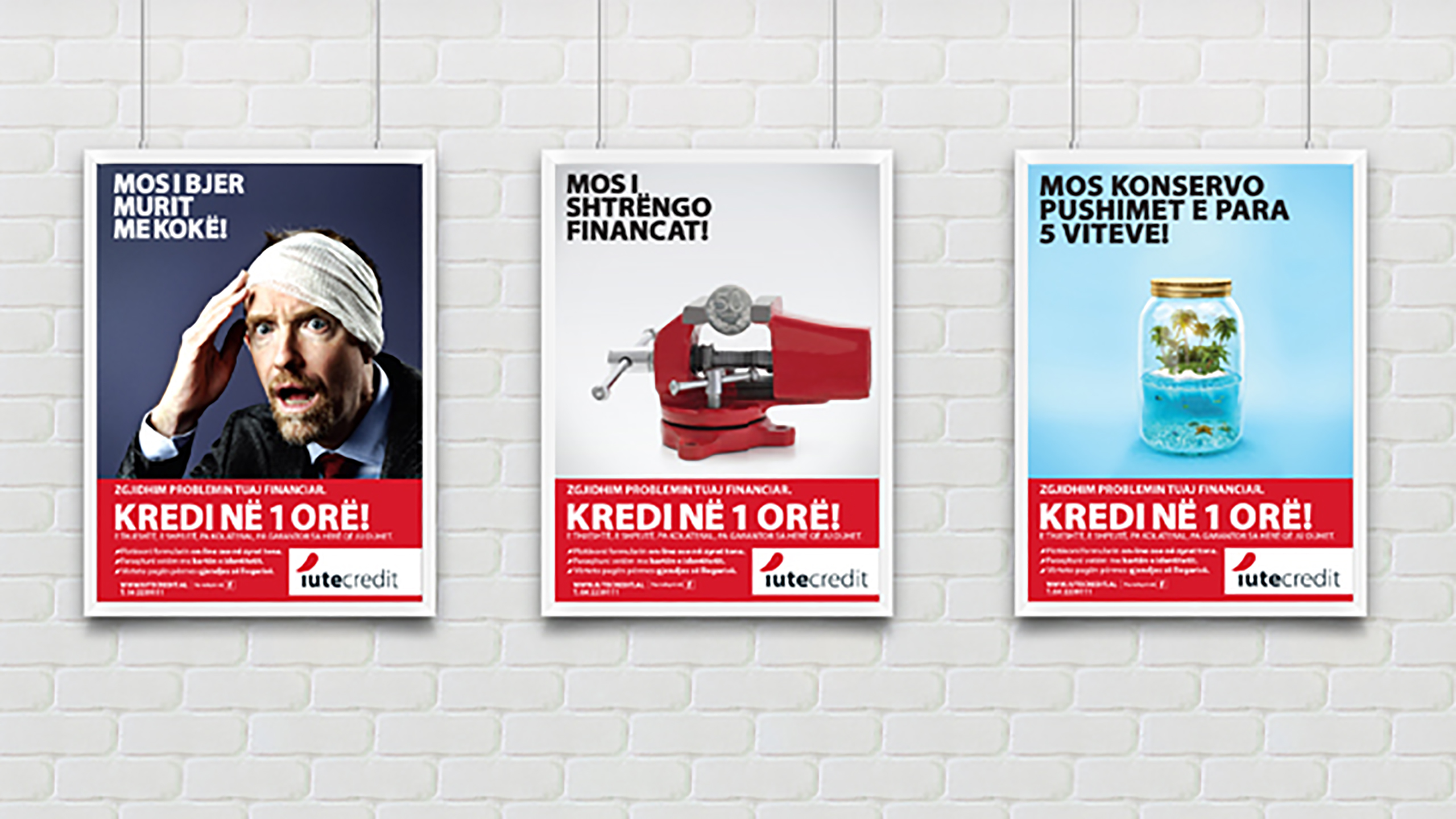 IuteCredit was created in Estonia by a group of financial investors, in a strong and growing market such as the emerging Estonian market. The Group is a leader for micro-credit financing not only in Estonia but also in Moldova, a country which has given the company ascending success, where thousands of people have found immediate solutions to their wishes and financial pitfalls. In 2015 the Company opened its first office in Tirana in which offered fast service of micro-credit. IuteCredit philosophy is not only a micro-credit financing, but the resolving of sudden financial problems that people face in their life. The launch of a micro-credit product as the one offered by Iutecredit is not an innovation for the Albanian market. Something new, however, is the speed and the elimination of bureaucracy in obtaining this service. The advertising and informative message that will launch the product in the market will based exactly on those elements. The message should be clear, striking and effective, in order to immediately catch the attention of the public by creating awareness and engagement for the brand, but especially for the product. Vatra began working in detecting the proper message for the launching of the product in Albania. After analyzing the entire market and its offers, it was decided to address local audiences with messages coming from their folk culture, mixed with irony and humor particles, which, in the end, offer the solution to the problem. A visual communication format which gives the message clearly and with a few words was built to explain the simplicity of access to the product. The media plan developed for Iutecredit resulted fairly effective at the moment of its analysis. Advertising it in the Social Media gave the product a great impact towards its recognition by the public in the channels where the conversation with potential clients started. PR in newspapers, Radio spots and digital banners on TV strengthened and increased awareness for the potential customer towards the product and the company itself.